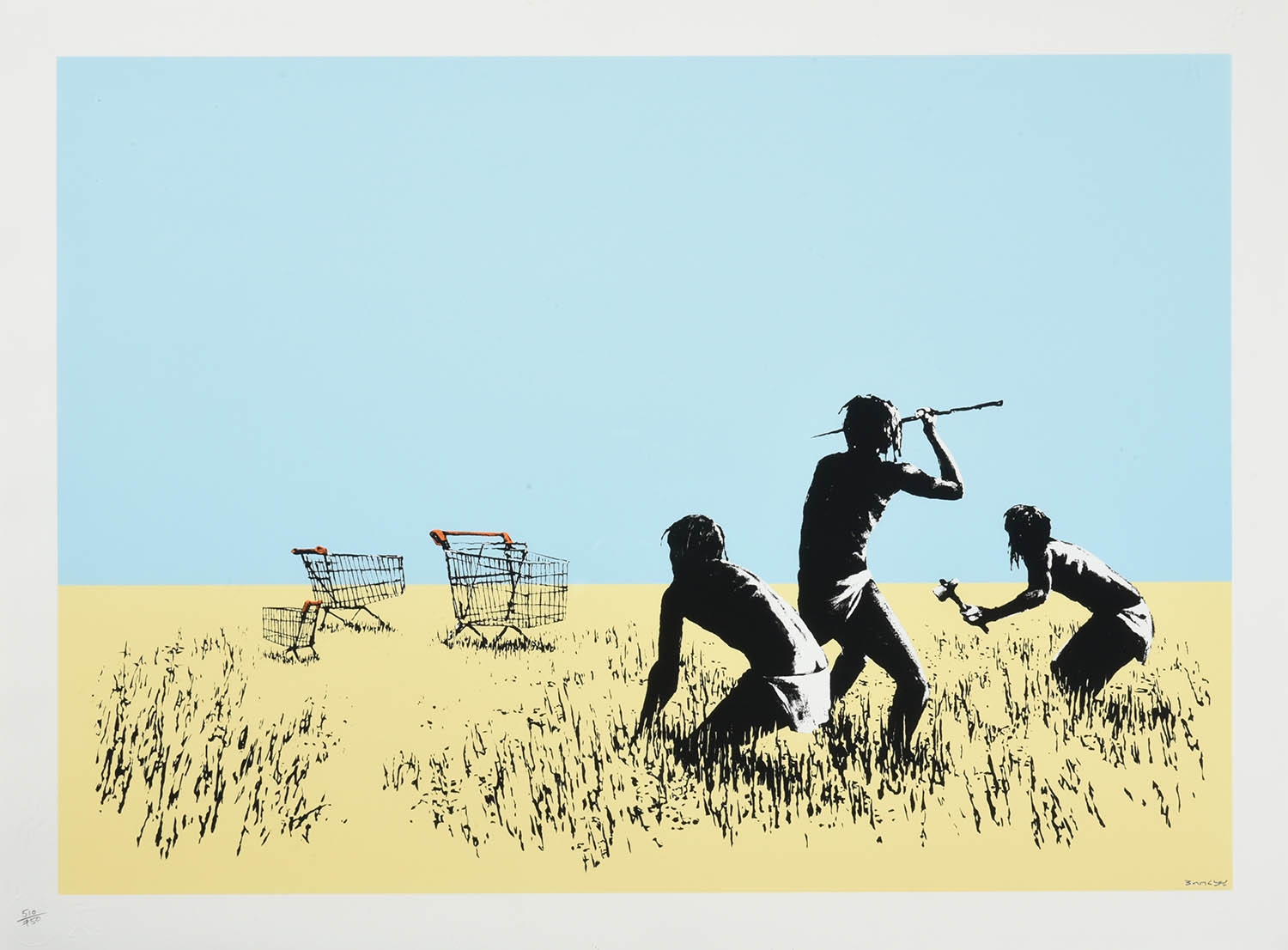 Banksy (b.1973)
"Trolleys"
Signed and numbered 510/750, with the publisher's blindstamp, Pictures on Walls, London, screenprint in colours, 2007, 56cm by 76cm
Provenance: Red House Gallery, Harrogate
P.O.W
This work has been authenticated by Pest Control with a Certificate of Authentication to follow
Bansky began his career as a street artist in Bristol in the 1990s working predominantly with stencils from the late 90s. His work became instantly recognisable in Bristol and London and steadily grew a huge following. His works of political and social commentary have appeared on streets, walls and bridges around the world. Recently a Banksy painting depicting MPS as chimpanzees in parliament sold for £9.9 million pounds in a London auction held by Sotheby's.
"Trolleys" or "The Trolley Hunters" was originally released in 2006 as part of the Los Angeles edition for Banksy's "Barely Legal Show". The first edition of "Trolley Hunters" was unsigned and numbered out of 500. The UK release of "Trolleys" was at Pictures On Walls in 2007 in three different forms - an edition of 750 signed colour prints, 500 unsigned white prints and 150 signed white prints.
Artist's Resale Rights/Droit de Suite may apply to this lot, please refer to our Terms of Business

. In good overall condition. Has been float mounted and the paper has a deckled edge. There is some very light surface dirt and debris trapped under the glass to the mount. Not examined out of the frame.