Brontë Family. 'Form of Rate. An Assessment for the Relief of the Poor of the Township of... 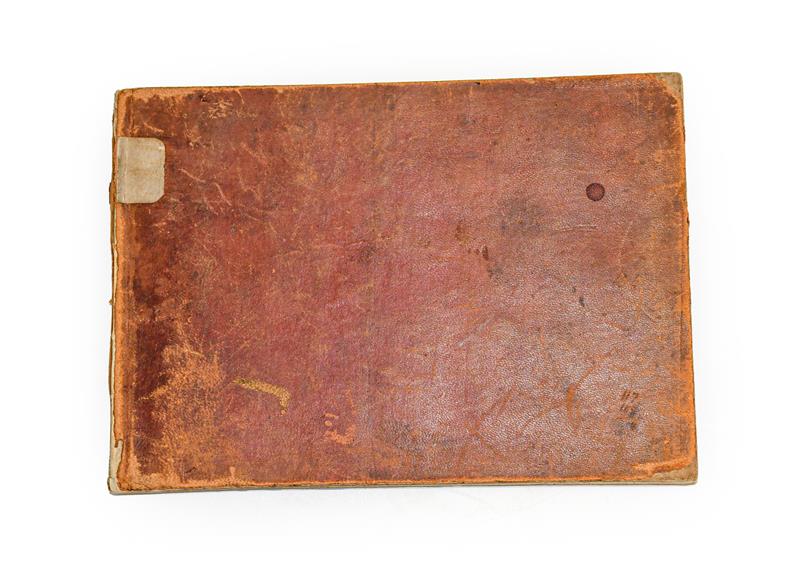 Brontë Family. 'Form of Rate. An Assessment for the Relief of the Poor of the Township of...

Brontë Family. 'Form of Rate. An Assessment for the Relief of the Poor of the Township of Haworth in the Parish of Bradford in the West Riding of the County of York, and for other purposes chargeable thereon according to law, made this twenty eighth day of April one thousand eight hundred and forty six, after the rate one shilling and sixpence in the pound. Being the first rate for the year ending 25th March 1847'. Oblong 4to (168 x 235 mm), original reddish-brown sheep, manuscript ledger with printed rules and headings, [1] 91 [3] ff., headings include Name of Occupier, Name of Owner, Description of Property, Name or Situation of Property, Estimated Extent, Gross Estimated Rental, Rateable Value, Amount Actually Collected, and similar, final 2 pp. comprising a 'Declaration of the Overseers and Churchwardens' with the autograph signatures of William Greenwood, John Dugdale and George Feather, and Justices of the Peace William [?] Mee and Joseph Greenwood, binding rubbed, leather on spine cracked and friable (qty: 1) A substantial primary source for the social makeup of one of the most fabled milieus in the history of literature, exactly contemporary with the flowering of the Brontë family's collective creative endeavours, which were brought to a tragically premature end by the deaths of all the Brontë children except for Charlotte between 1848 and 1849. The Poems of Charlotte, Emily and Anne were published in May 1846, followed by Charlotte's Jane Eyre in October the following year, and Emily's Wuthering Heights in a set with Anne's Agnes Grey in December. Their father, Reverend Patrick Brontë is listed on the verso of folio 20: his house and garden, owned by the trustees of the church, is rated at £7 13s 6d; his poor-rate liability of 11s 6d is recorded as paid in full. The presence of numerous Earnshaws attests to real-life influences on the imagined world of Wuthering Heights, and the mill-owning Greenwood family, well known to the Brontës, are prominent throughout. Provenance: originally in the archives of Keighley town hall; the archives set for disposal c.1973 prior to the borough's amalgamation into Bradford metropolitan council; the manuscript rescued by a member of the Borough Treasurer's team and given to the current vendor (an employee).