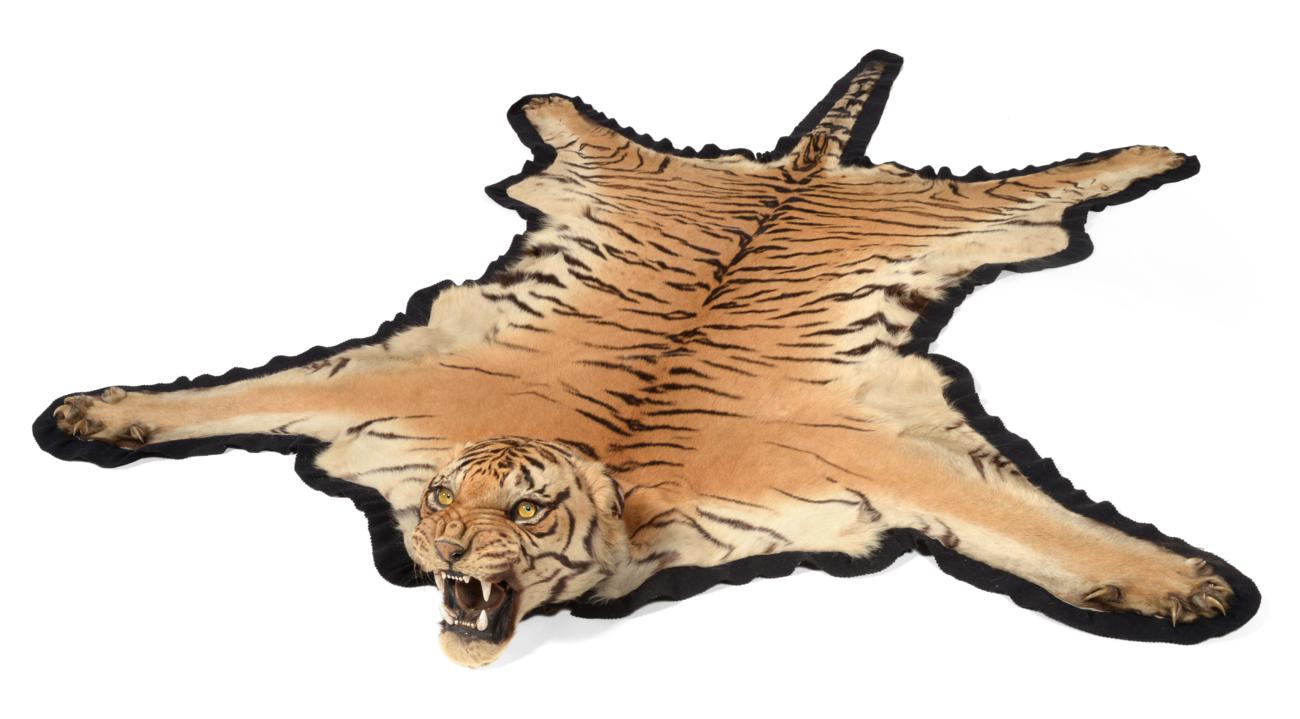 Together with: one volume of Van Ingen and Van Ingen, The Preservation of Shikar Trophies, Mysore 1928 and one volume of A Shikari's Pocket - Book 1927, including a game book with entries. Also accompanying these items are a quantity of black and white photographs detailing the hunt and preparation of the skin thereafter, a number of framed photographs of Lieutenant Colonel Hitchcock, his military dog tag, whistle, hunting receipts, Kynoch 10.75 calibre shell casing, two standing order books for the Jubbulpore Garrison 1929, calendar etc

Percy Albion Hitchcock was born in Hungerford, Berkshire in 1884. In April 1901 he joined the Queen's Own Oxford Hussars Imperial Yeomanry and was commissioned in 1914. He served with distinction in France and Salonica during the First World War and in 1919, in the aftermath of the Bolshevik Revolution, was attached to the Allied Expeditionary Force supporting the White Russians in the Caucasus.

In early 1924 he was posted to Jubbulpore in India where he spent the majority of his remaining career in staff and operational roles, particularly with the Royal Corps of Signals, and it was here that he developed a passion for field sports.

During his military service he was Mentioned in Despatches on three occasions, awarded the Military Cross and appointed OBE. His final assignment was as Brigadier in Command Peshawar District on the Northwest Frontier where, in May 1938 aged 54, he died of diphtheria.

Van Ingen & Van Ingen (late 1890s-1999) were Indian Taxidermists based in Mysore and were predominantly known for their Tiger and Leopard mounts. The company was established in 1890 by Eugene Van Ingen and served international nobility as well as the Maharajas of India to the highest standards and quality.