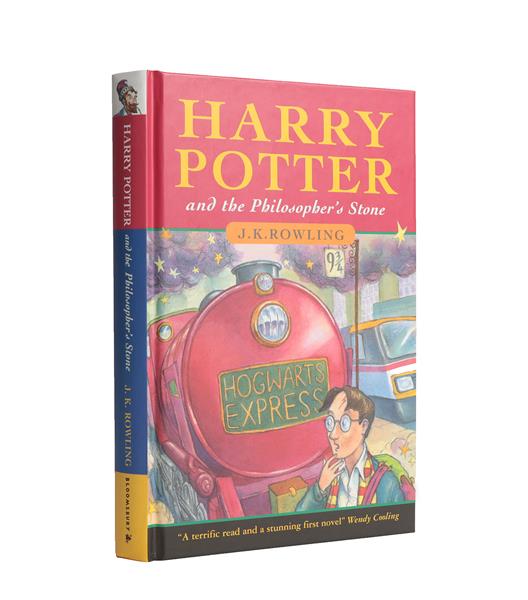 Rowling (J. K.). Harry Potter and the Philosopher's Stone, London: Bloomsbury, 1997. 8vo, original pictorial boards, 223 pp., text-block toned as usual, spine very slightly rolled. An exceptional copy (qty: 1) Errington A1(a). First edition, first impression, case-bound issue, one of 500 copies, with all the requisite points: the copyright page dated 1997, with the numberline down to 1 and with the author credited as 'Joanne Rowling'; page 53 with '1 wand' repeated; and the rear cover with misprints 'Wizardry and Witchcraft' (for 'Witchcraft and Wizardry') and ''Philospher's Stone'. Of the 500 copies of the preferred case-bound issue 300 were sent to libraries and experienced a high rate of attrition. Provenance: acquired new by the vendor in 1997 from Dillons, 25 Wheeler Gate, Nottingham (the premises are best remembered under their original trading name of Sisson and Parker).