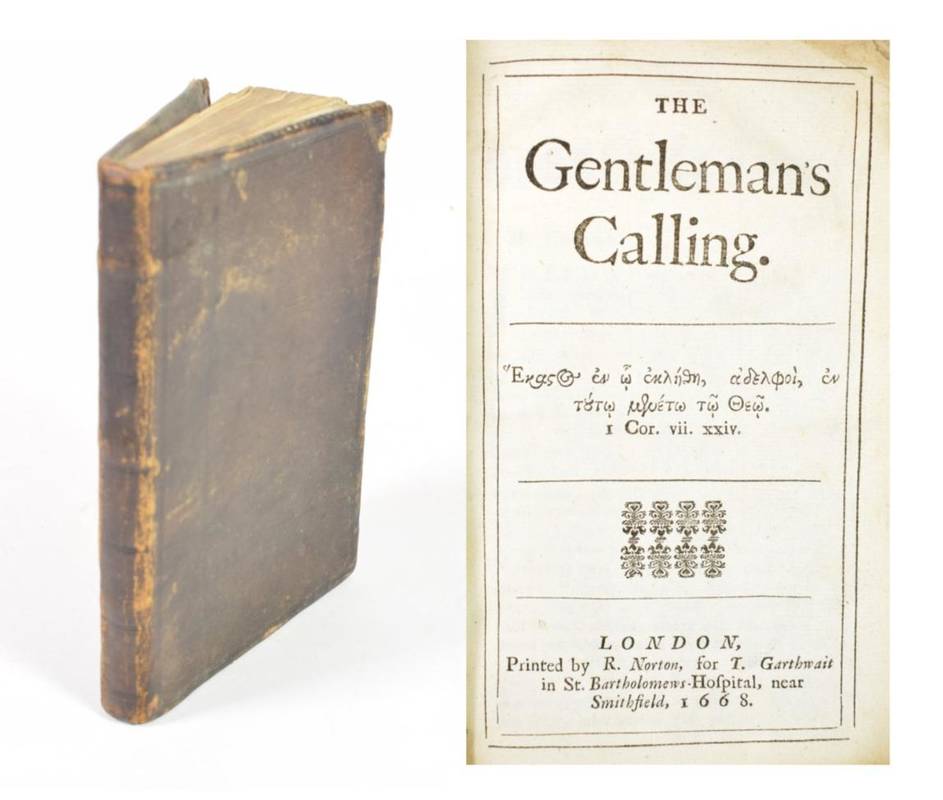 Allestree, Richard (Attrib.)
The Gentleman's Calling. Printed by R. Norton for T. Garthwait in St. Bartholemews-Hospital, near Smithfield, 1668. 8vo, full contemporary calf; pp. [22], 166; 2 eng. ports of Jeremiah and Zedekiah.
A fervent Royalist at war and in exile, Allestree was rewarded for his loyalty with the appointment to Provost of Eton. High Church Anglicanism was still slightly suspect at the Restoration, which might explain the anonymous authorship of this work, so popular it had 17 editions before the end of the century. The work was assigned to various names but modern scholarship attibutes it, along with The Whole Duty of Man (advertised at the rear), to Allestree.