A Russian Royal Birth: An 18th Century Bone Fan, the monture quite slender and lightly painted, the 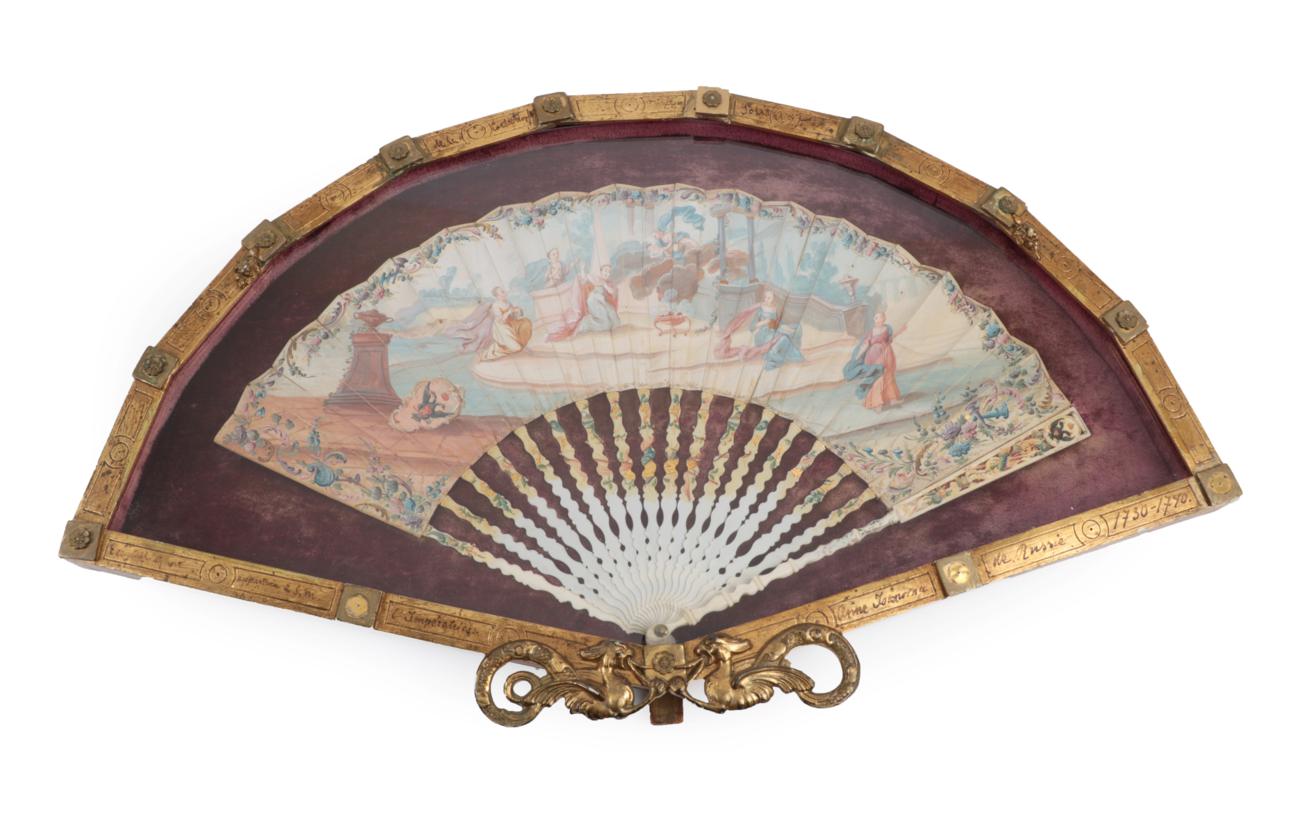 A Russian Royal Birth: An 18th Century Bone Fan, the monture quite slender and lightly painted, the

A Russian Royal Birth: An 18th Century Bone Fan, the monture quite slender and lightly painted, the upper guard carved and pierced and painted with a black Russian double headed eagle surmounted by a red crown, the eagle a symbol of power and domination. In the centre of the eagles is a depiction of Saint George slaying the dragon. The paper leaf shows a babe, wearing a crown, in the arms of one of several women gathered on a stone terrace, a brazier burning and giving off black smoke. A further double headed eagle is painted within a gilded frame on the leaf to the bottom left. The fan is encased in a gilded frame, Along the top edge is written "De la collection Prince Galitzin", the lower edge stating "Eventail ayant appartenu a sa Majestée L'Impératrice Anna Joanova de Russie 1730 - 1740". The bottom of the fan case is decorated with a pair of griffins. Together with a note typed on April 20th 1953, the fan having been submitted to Davids, Antiques and Interior Art for insurance valuation. The value was given as $1000.00. The note, addressed "To whom it may concern" describes the fan as painted bone, notes the presence of the double-headed eagle, but does not describe the scene on the leaf.
Guard length approx. 10.25 inches or 26cm

Anna of Russia did indeed reign from 1730 to 1740. An interesting lady to research as I found from a conversation with DeeAnn Hoff, an authority in Russian Geneology.

. The fan is firmly encased in this frame thus the verso not examined. The upper guard would appear to have a part-splint repair mid-stick. Some of the gilding/decoration on the case is either lacking or re-painted, colour slightly different.