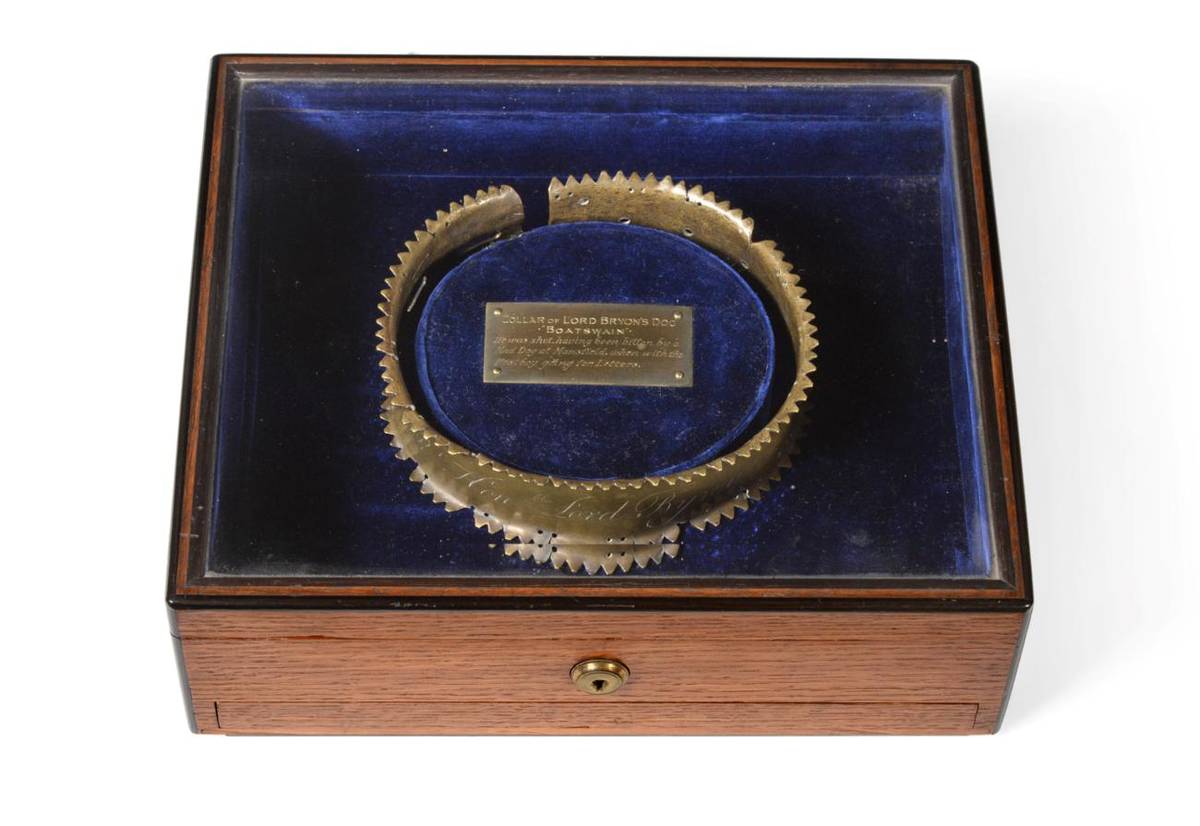 Sold together with various documentation and catalogues relating to provenance, including:
- a transcript of a note by Byron's gamekeeper's widow at Newstead Abbey, certifying the sale of the collar with others. Also that the collar was engraved by 'old Mr Carr of Nottingham' and that damage was done 'by a Bear which Lord Byron kept for his own amusement and with which Boatswain had many severe encounters'.
- A catalogue of the 'E M Kidd Collection', sold by F W Kidd & T Neale & Sons, 11-13 November 1903, lot 424. Purchased by the Earl of Shrewsbury (d.1921) and bequeathed by him to the Hon Mrs Arthur Eliot.
- A Sotheby's catalogue of 'Valuable Autograph Letters ....', 14 December 1976, lot 180. 'Property of the late Hon Mrs Arthur Eliot (sold by order of the Executors)'. Purchased by current owner for £600
- Various other related ephemera and research

Boatswain died of rabies after being bitten by another dog in Mansfield market place. The grief-stricken Byron erected a monument at Newstead Abbey and composed the famous 'Epitaph to a Dog'. See similar collar in the Newstead Abbey Collection

Ten of the teeth missing from the borders and with some associated splitting. Some deep scratching throughout and other minor splitting and with some spraining. Presentation box and plaque with some minor scratching. Collar 14.5cm by 13.5cm when fastened. Box is 29.5cm by 24.5cm by 9.5cm. 151117