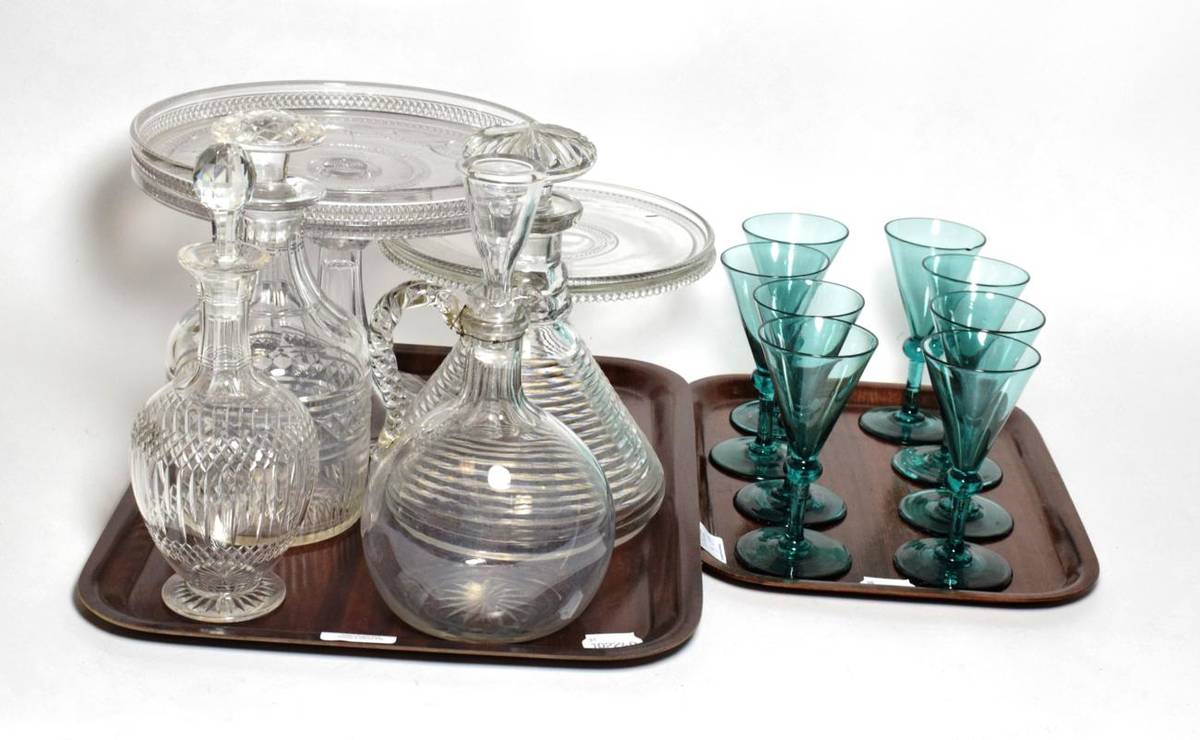 Green glass wines - one with chip to rim, one with a chip to foot, the remainder in good order, 13.5cm. Tazzas - largest example with numerous imperfections from the mould, but no chips or cracks, 19cm high; smallest tazza appears in good order, 13cm high. Ships decanter has a large chip to stopper but otherwise OK, 24cm high. Other decanter with mild flea bite chips to the stopper otherwise OK, slightly cloudy to base, 24cm high. Claret jugs - each with associated stoppers, generally good condition, 25cm high. Tazzas and ships decanter are 19th century, other items may be a little later.