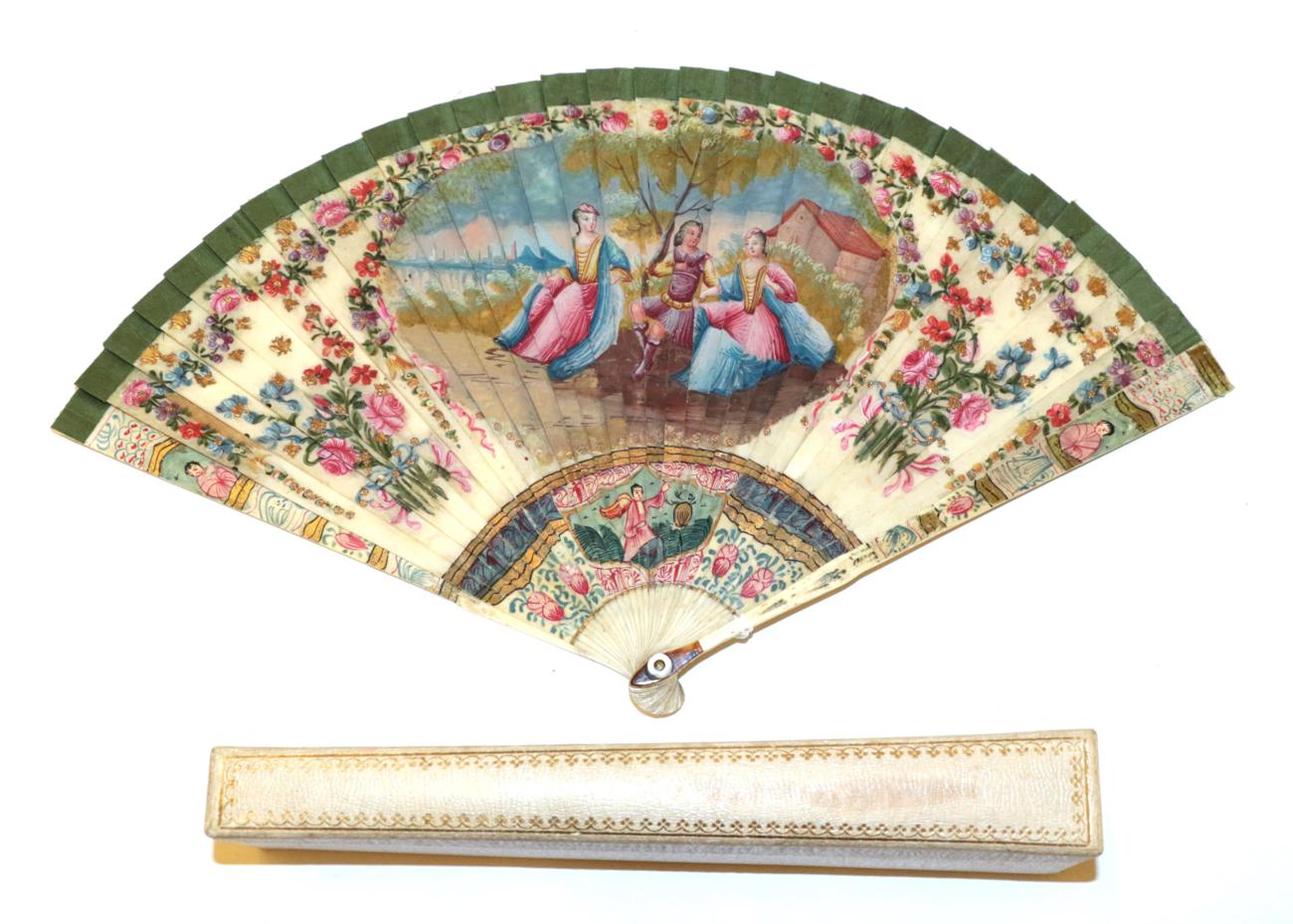 An 18th Century Ivory Brisé Fan, ribboned in green silk, the guards and gorge sticks painted with chinoiserie figures, the upper guard with a tortoiseshell thumb guard. The central cartouche, bordered with a variety of small flowerheads and pink ribbons, depicts a lady in 18th century dress of colourful pinks and blue, being charmed by a suitor whose tunic is quite possibly military, watched over by a chaperone in similar dress to the lady. In the distance, across water, the outline of a town and perhaps a volcano. The reserves are painted with delicate sprays of flowers, the pinks and blue complementing the robes worn by the central figures. This area is further applied with embossed gold foil shapes in several sizes. The verso is painted in a simple fashion with a woodland area. Contained in a cream card fan box with gold decoration to the lid. Guard length 8.25 inches or 21cm

. Some rubbing to the paint on the guards. NB hard to fully determine whether bone or ivory, the unpainted area on the guard has evidence of graining. Thumb guard to one guard only. Slight loss noted to the upper section of one middle stick, and the side of another stick to the right, seen from the verso. The first stick in from the left has a slight split which is secured with a sliver of brown paper.