An Attractive Early 20th Century Silk Fan, being a pastiche of an earlier French fan, the... 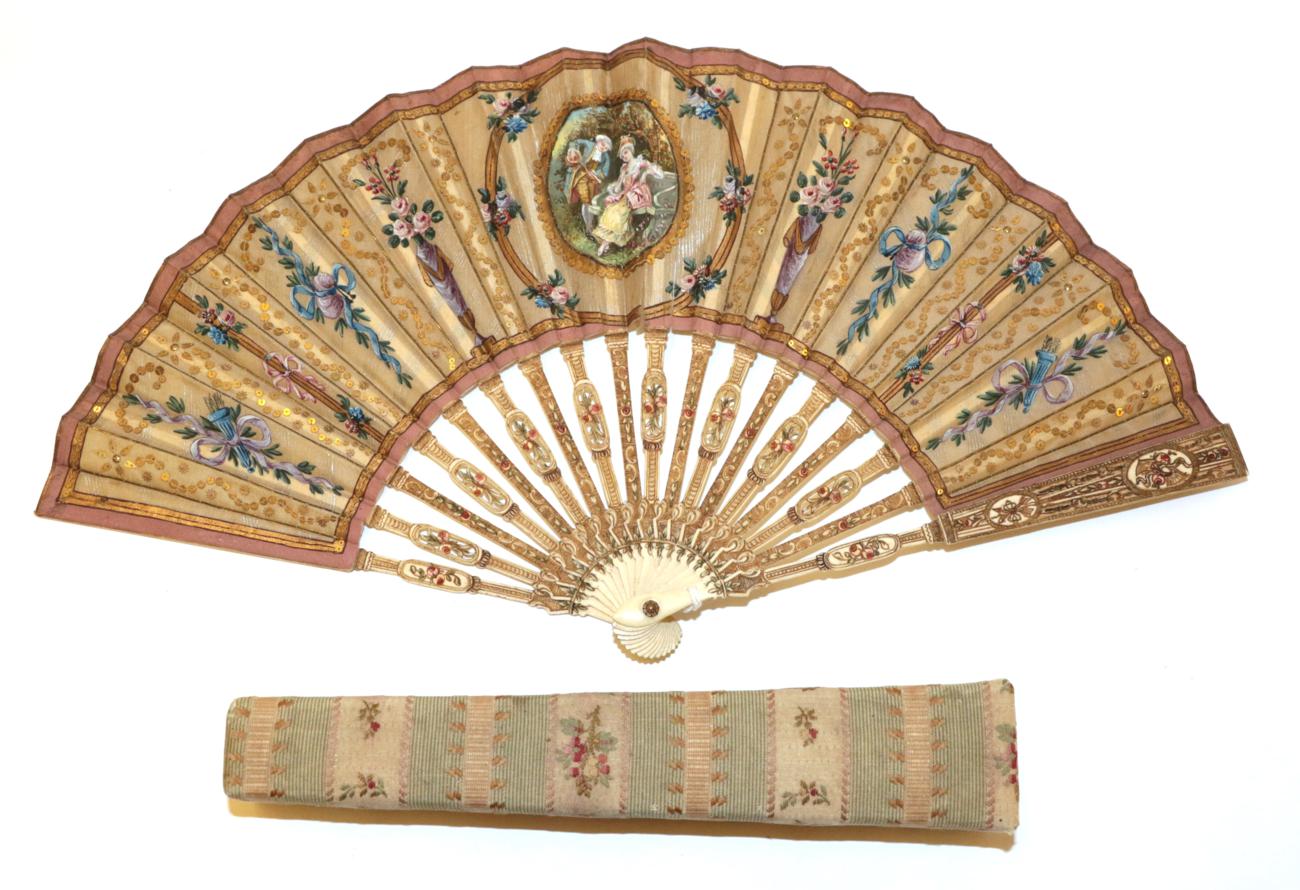 An Attractive Early 20th Century Silk Fan, being a pastiche of an earlier French fan, the...

An Attractive Early 20th Century Silk Fan, being a pastiche of an earlier French fan, the double leaf mounted on carved and pierced bone sticks, decoratively shaped with ovals containing painted flowers, the remainder of the sticks and guards painted with flowers and classical objects. The leaf is embroidered with tiny gold sequins, some of which border the central cartouche showing a gentleman playing a strung instrument to a seated lady, both wearing 18th century costume. The reserves are painted and embroidered in vertical bands, some with flowers and ribbons, others with symbols of love. The verso, a layer of thin cream gauze, is plain. Contained in a good card fan box lined in cream silk covered with woven floral silk in reds, blue and cream. Guard length 8.5 inches or 21.5cm

. Generally in good order, one central fold starting to split and a few slits noted in the rear gauze, but still strong. The box is very slightly soiled but the silk is sound.