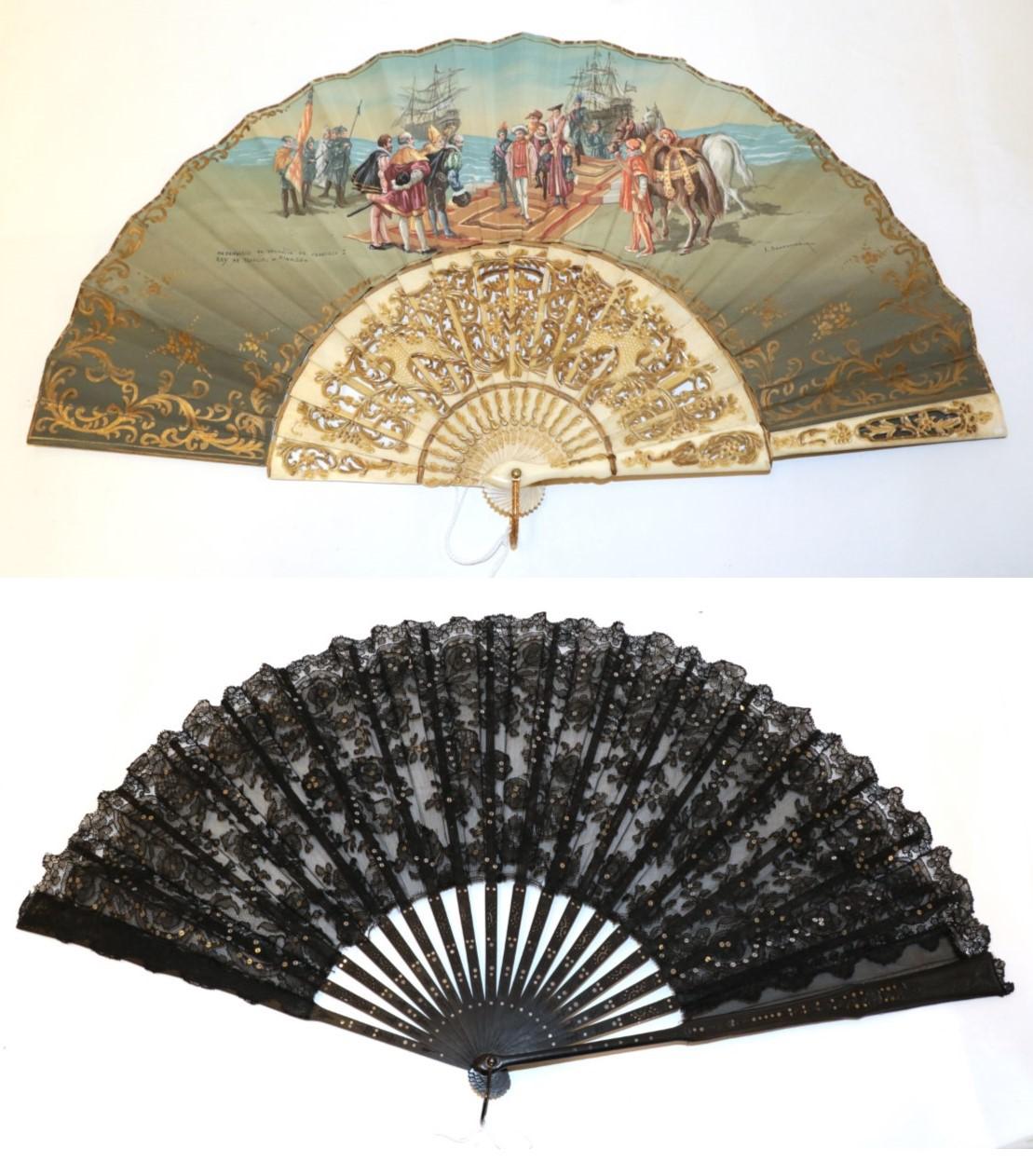 An Interesting 20th Century Bone Fan, the monture carved and pierced , the double fabric leaf printed to the recto with a scene showing Francis I, the French king, disembarking from a sailing ship in Valencia to be greeted by Royalty and Clergy, as he was taken prisoner by the Spanish after losing the battle of Pavia in 1525. This arrival is noted to the left in Spanish, followed by "Pinazo", with to the right, a signature, that of I. Santaliaria. The verso shows a simple scene with trees. Guard length 10.25 inches or 26cm. Together with a large circa 1890's black lace and gauze fan, the leaf mounted on black wood sticks, lightly carved and clouté with steel dots. The machine lace is cut away to allow gauze to be added centrally. Guard length 13.75 inches or 35cm (2)