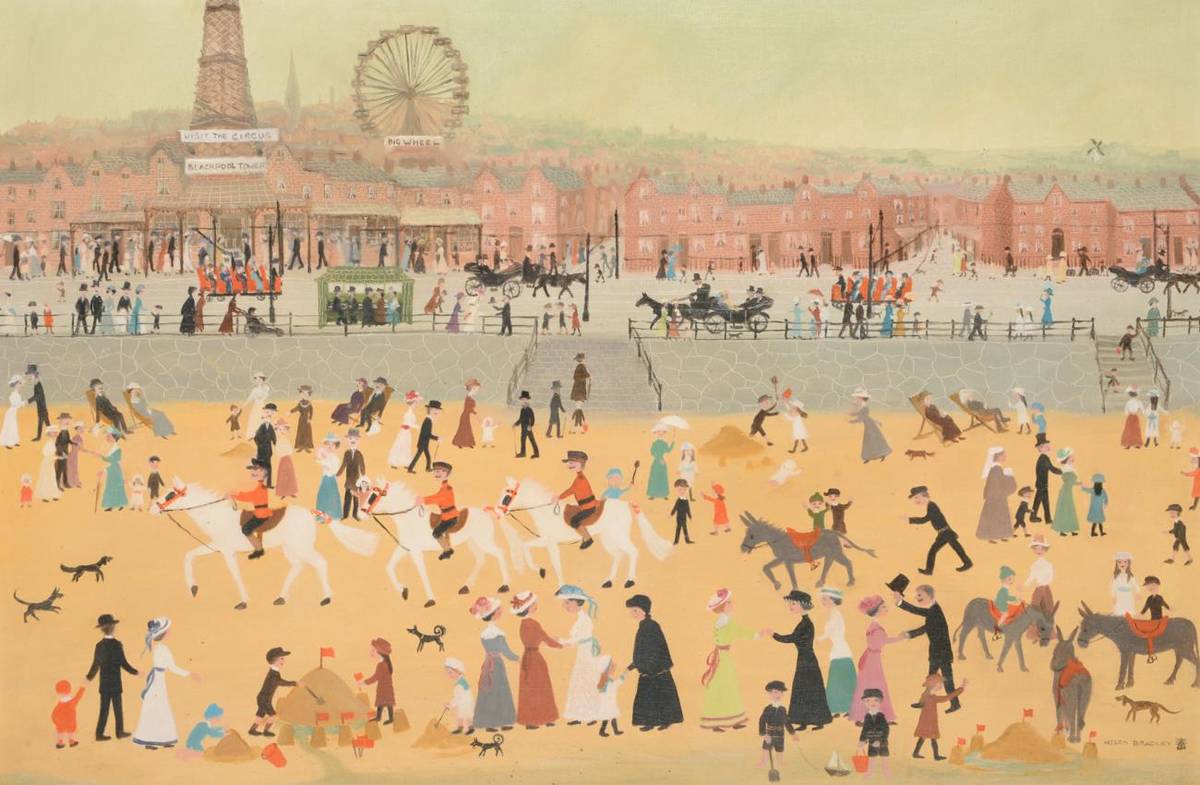 Helen Layfield Bradley MBE (1900-1979)
"Blackpool Beach"
Signed, with fly insignia, extensively inscribed to affixed label on reverse thus;
"Look Grandma, don't the circus horses (look) lovely" I said as Grandma, Mother, the aunts, George and I and Miss Carter (who wore pink) stood watching them canter along the sands. Mrs Murgatroyd, who had been sitting on the sands with us suddenly missed Willie and Annie, so we all went in search for them. They were soon found digging a huge sand castle, and as we stopped for the horses to pass, Mr Taylor (the Bank Manager) came along to see us safely onto the little open trams which would take us back to Grandpa's Farm and a good tea and the year was 1906.
Signed and dated 1973, oil on canvas board, 49cm by 73.5cm

In an overall good state of preservation. Covered in a layer of dirt. There are a relatively small amount of brown coloured tiny spots mostly contained to the lower area. Foxing to slip.