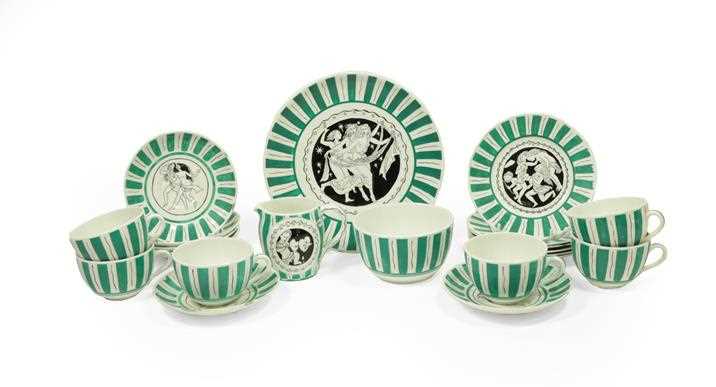 .The green has started to deteriorate. The cake plate has a plate hanger glued to the back. One cup has a discoloured hair line cracks. Another cup has a hairline. Tiny nick to rim of cup. The plates are probably misfired or been in a fire, due to black in the glaze. All dirty. Needs to viewed due to condition.