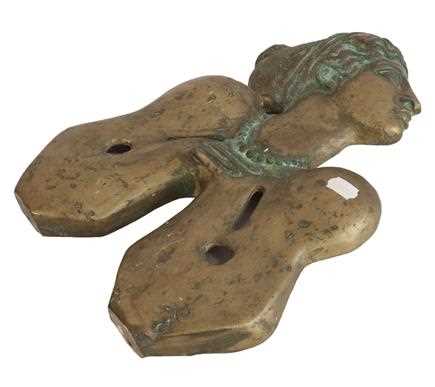 A 20th Century Bronze Egyptian Revival Hollow Cast Bas Relief Bust of a Stylised Maiden, gazing up in profile, with hands clasped to her breast, wearing a bead necklace, cast initials RE, 48cm