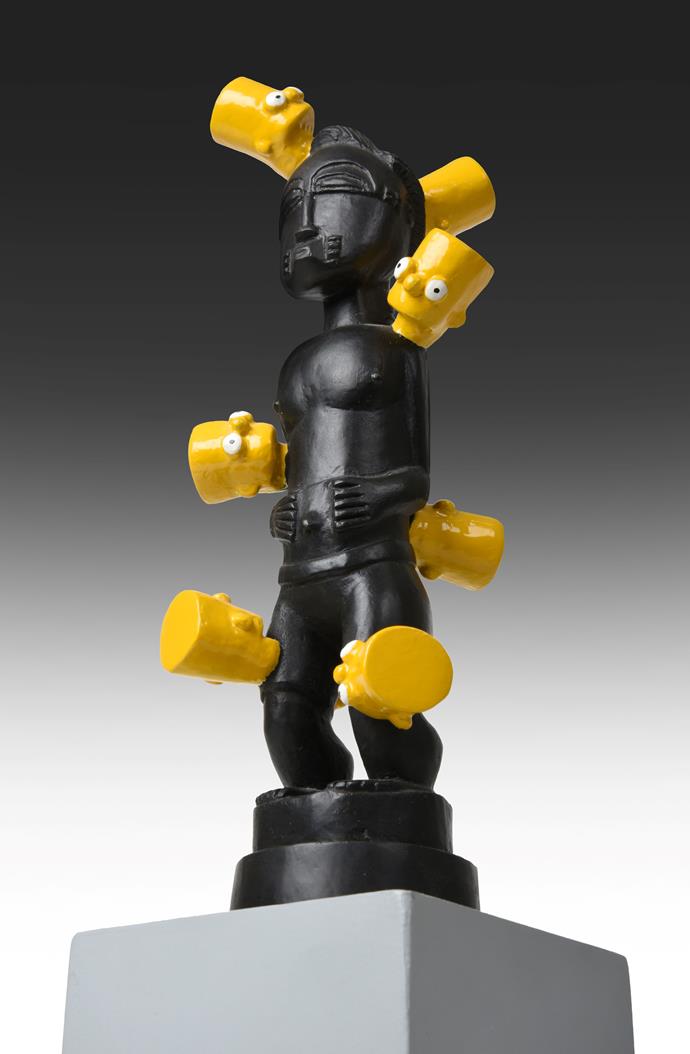 Brett Murray (b.1961) South African ''Africa Maquette'' Initialled and numbered 15/15 bronze and yellow paint, on plinth, 36cm high (including base) Literature: Brett Murray (2013) Brett Murray, Johannesburg: Jacana Media. Page 274, and illustrated in a photograph of the artist's Cape Town studio, page 35. Brett Murray is a South African artist mostly known for his steel and mixed media wall sculptures. Called ''the dark prince of South Africa's pop art'' by the art critic Brenda Atkinson, Murray's work addresses the wars of the cultures, the clash between Afrocentrism and Eurocentrism, the old and the new South Africa's. The present lot is a maquette from an edition of 15 for his large scale piece titled ''Africa'', which is in Cape Town's pedestrian zone. ''With my work I hope to critically entertain. Through satirical and tragic reflections on South Africa, I hope to shift people's perspectives and change people's minds, indulgent, arrogant, and pretentious as this might sound,'' Brett Murray. See illustration