A quantity of early 19th century English blue and white pottery including a child's pearlware... 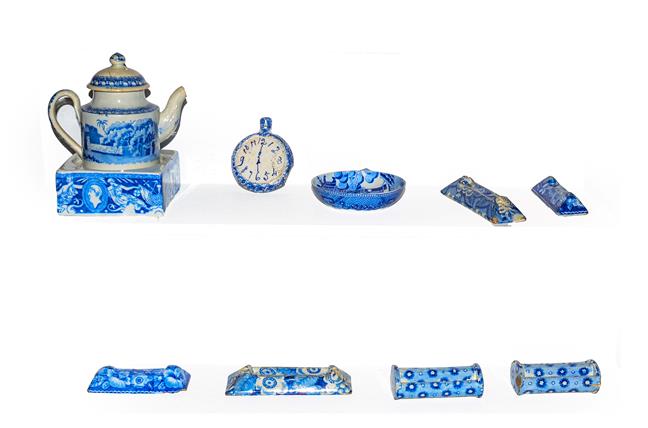 A quantity of early 19th century English blue and white pottery including a child's pearlware...

. Teapot with cover re glued, loss to 40% of the inner rim. Loss to the end of the spout, chips to the foot rim. Neptune stand 8.75cm by 9cm by 3.75cm, slight glaze fritting and scratches. Knife rests with chipping to the edges and some crazing. Egg drainer in good condition just with crazing. Pocket watch with loss to the rim, slight chipping. Estimate Â£100-200