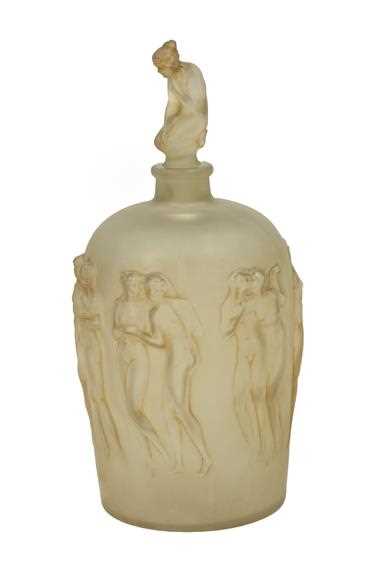 .The cover/stopper has a tiny nick to tip of nose. two internal flaws on her back, chip around the base and an internal bruise. The vase has a visable sunburst line radiating up from the moulded signature.