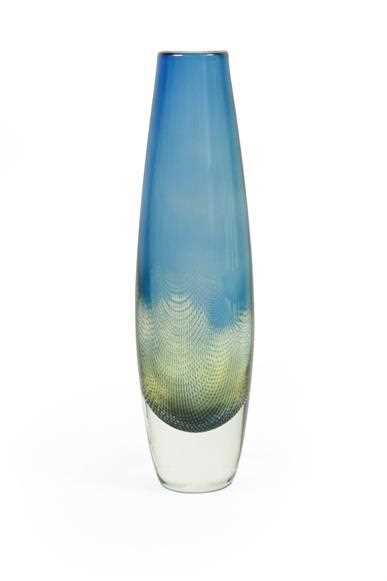 In 1944 Sven developed the Kraka technique, its name derived from a character in an old Norse myth, who wrapped herself in a fishing net. Kraka consisted of a delicate Graal pattern sandblasted through a fine mesh, often with tiny bubbles captured in between the threads.

. Good condition. No chips or cracks. Some minimal scratches to the underside. No scratches to note to the main body.