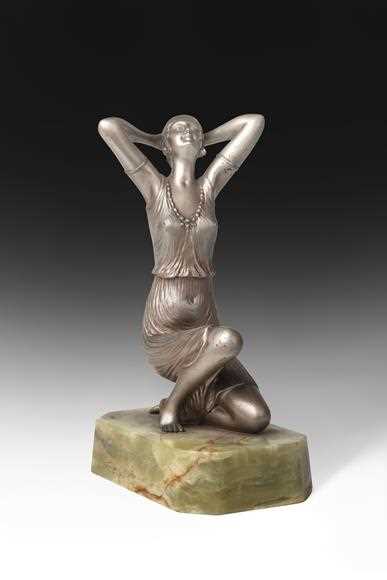 Henri Fugère (French, 1872-1944): An Art Deco Silvered and Cold-Painted Bronze Figure of a Kneeling Dancer, modelled with arms behind her head, signed in cast H.Fugere MADE IN AUSTRIA, on a green onyx base, 26cm high

. Pitting, scratches and surface wear to the figure, base has chips, the brown veins have filled