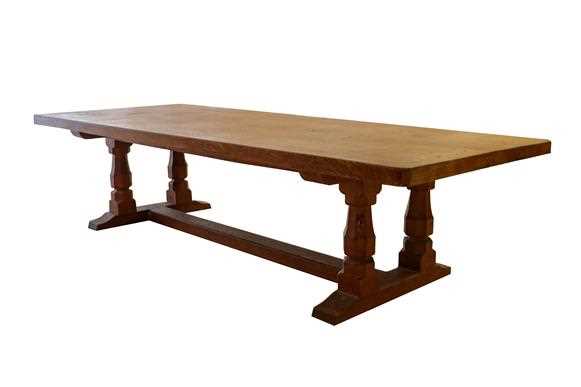 Made for the John Smith Brewery boardroom, Tadcaster

. Splash/water marks to base, one of the mice has nicks to ears, natural grain cracks in legs, one edge has scratches and scuff marks- storage? The top sits on two pegs, scratches to the stretcher - shoes? Generally good order for a boardroom table.
This table was purcased by Marco Pierre White from a specialist dealer.