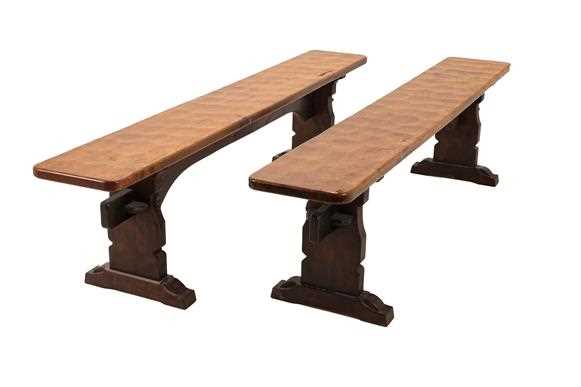 . These benches were the 12ft examples that were purchased and remodelled at Kilburn, then purchased as 6ft benches by Marco Pierre White. Each bench has had the necessary pegs, low rail and blocks to make the benches more usable, which have been dark fumed to try and match in.