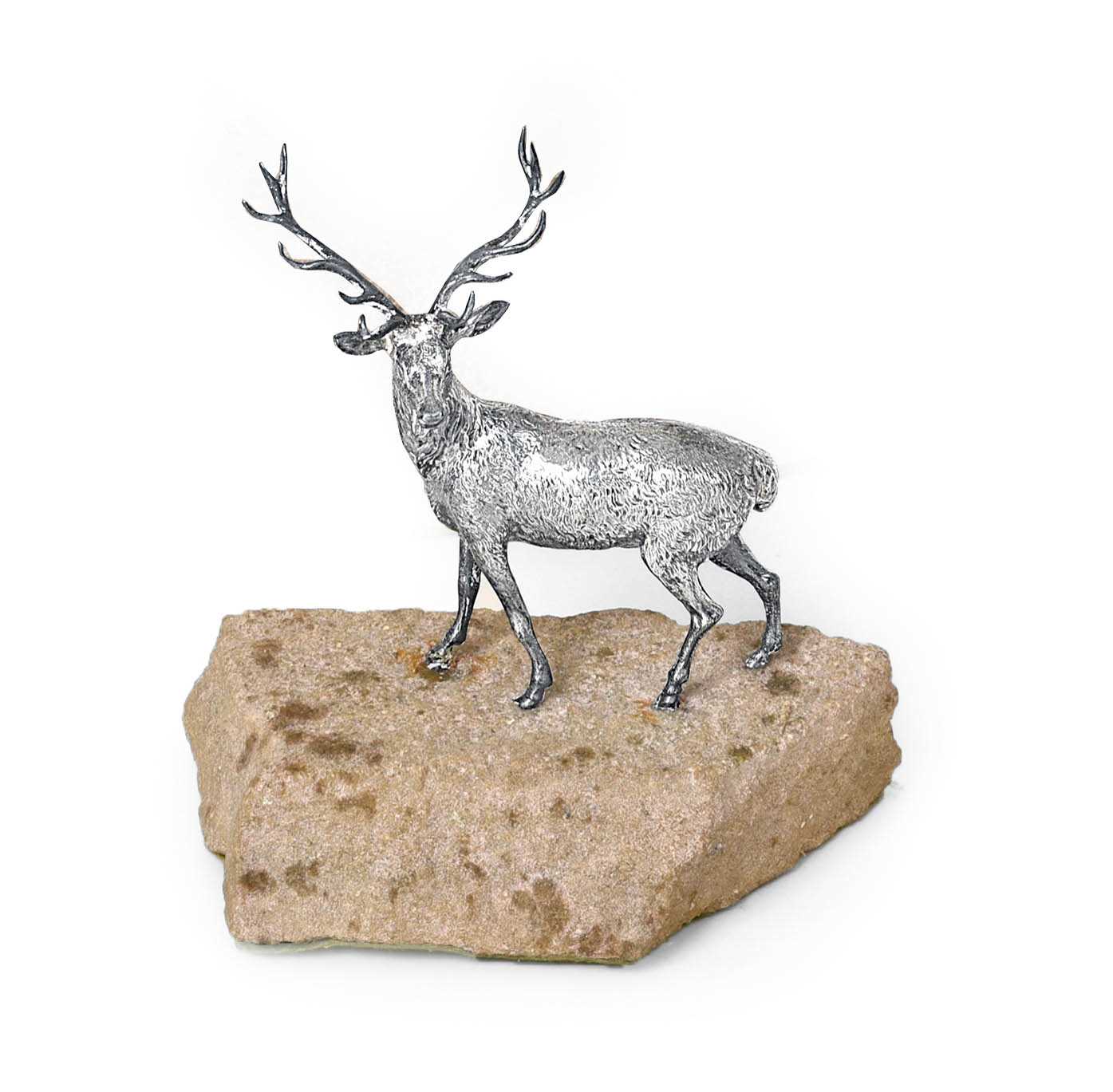 realistically modelled and on later stone base

Fully marked inside back front leg. The marks are clear. There is some overall surface scratching and wear as well as some bruises to the points of the antlers. It has not been possible to removed the stag from the later base.