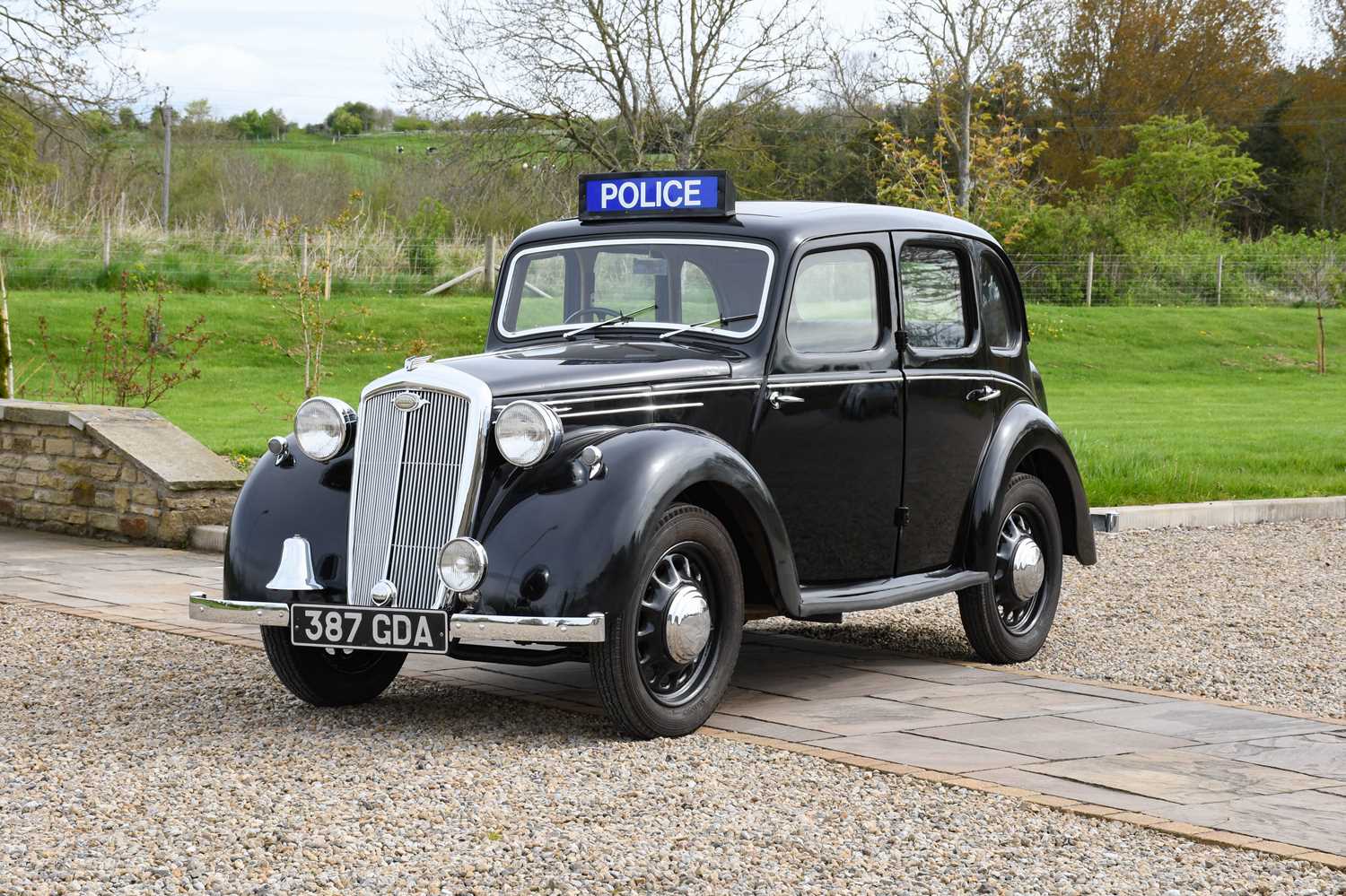 One of around 32 examples remaining in England from a production of approximately 2000 vehicles, and the only example as a Police car. The brakes have been rebuilt with new cylinders ,shoes and pipes, master cylinder rebuilt, all spring bushes renewed, all chromework except radiator grille has been re-chromed. New wiring loom and brushes to generator, new battery, the fuel pump has been replaced with a new one and the water pump has been rebuilt. The interior has been retrimmed, except for the seats and door cards as they are in good condition. Tyres are new . Engine runs with oil pressure good, and changes gear OK. There are approximately 32 of these cars left according to the Wolseley Owners Club. This figure is also born out by Classic Car Magazine, the DVLA have registered it as an historic vehicle on V5 so it can be put on road immediately.