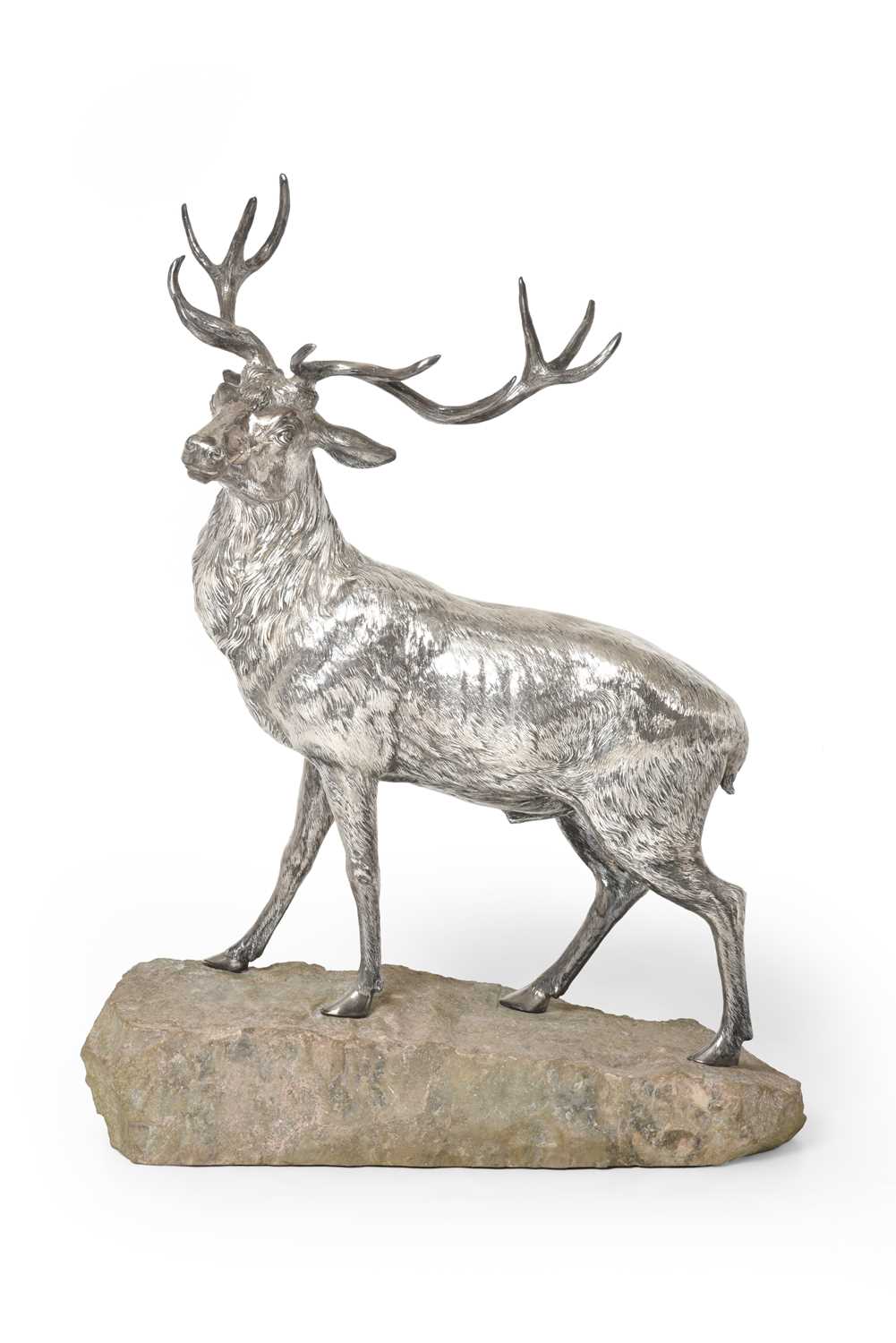 realistically modelled, later mounted on a stone base

Marked inside ear with English import marks. The marks are clear. There is some overall surface scratching and wear, consistent with age and use. The wear is noticeable as a minor softening to the high points. There is a split to one antler. The base is later and it has not been possible to remove the stag from the base. Other examples which have been weighed include one which was 40cm long which weighed 1,572gr.