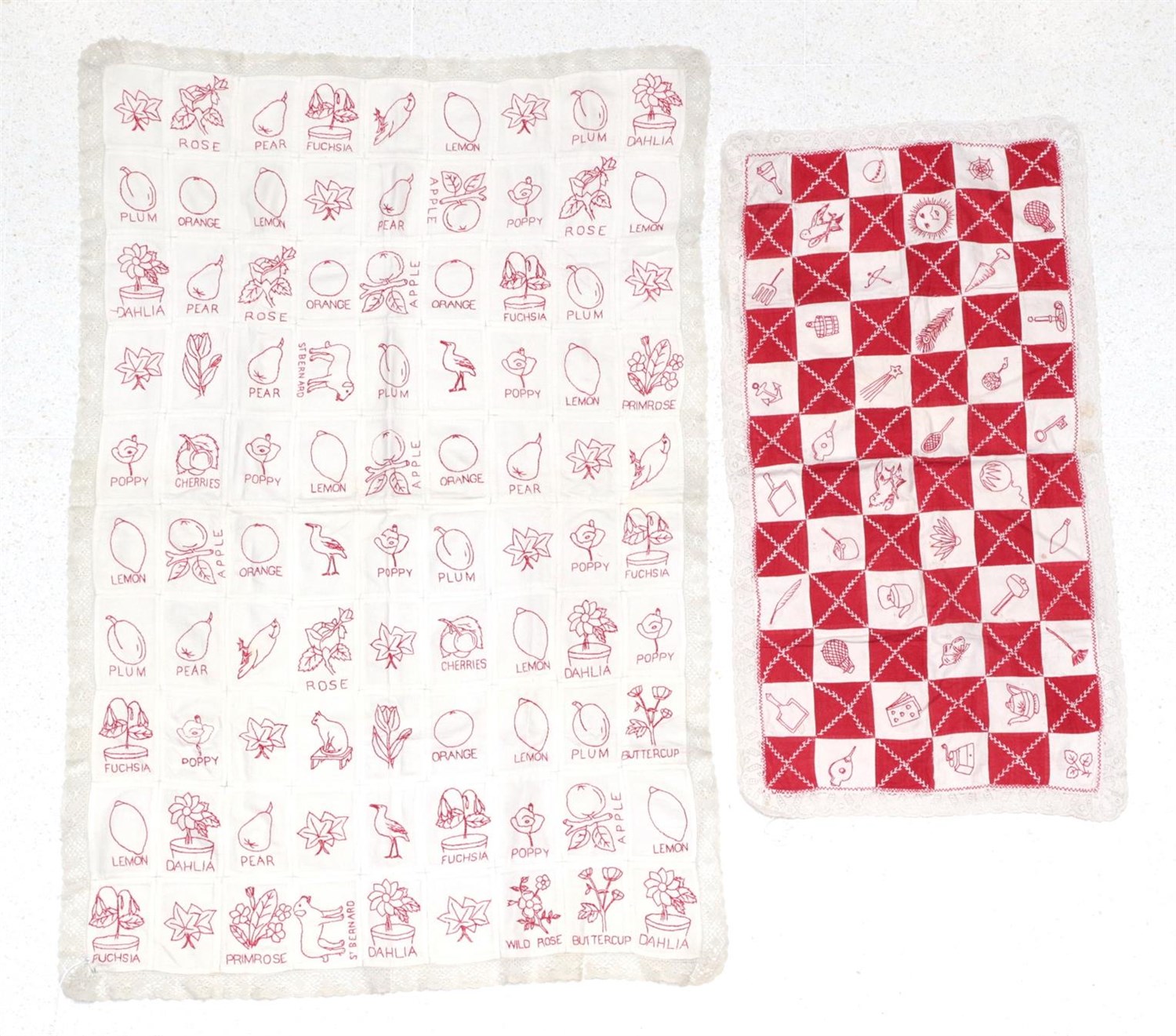 Early 20th Century Embroidered Cot Cover, worked in squares of cotton and embroidered in red with images of flowers, fruit, plants, birds and animals to teach a young child about his surroundings, with lace trim, 145cm by 90cm; Another Similar Cot Cover made up of alternating squares of turkey red and white, embroidered in red and white with assorted motifs, feather stitched divisions, edged with cross-stitch and lace, backed with a red spotted cotton, 110cm by 55cm (2)

. The red and white checked cover has a hole to the border and staining to the border and to patches. There are a couple of small holes to the patches and wear. The white patchwork cover has a stitched repair to the trim. This may be 19th Century or due to the stylised hearts, it could be early 20th, but feels like it â€˜has ageâ€™. It is very faded, and there is discolouration to all the white areas. One patch has split, there are some stitched repairs and splits to red borders. Also discoloured to the reverse. See images.