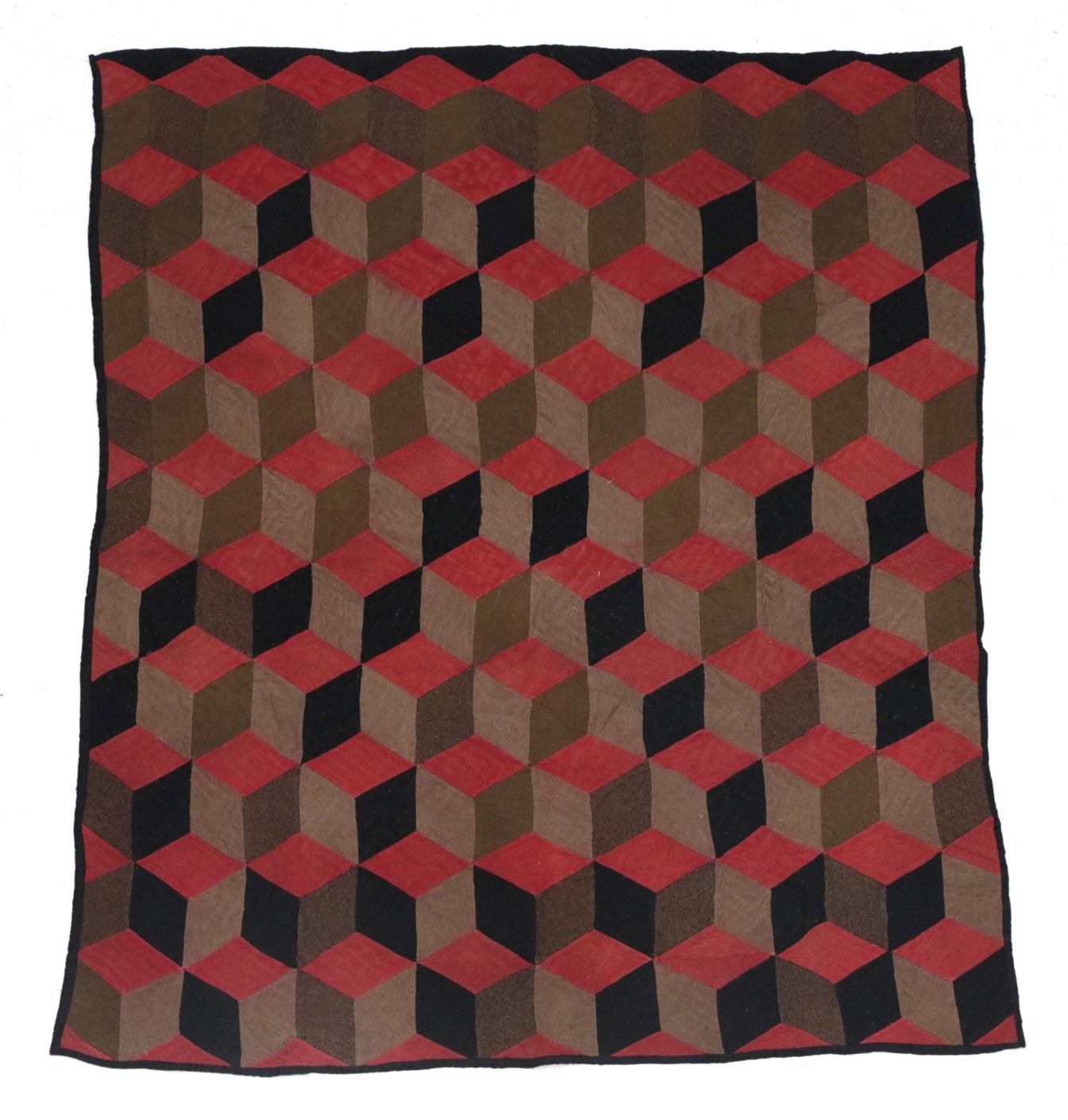 Early 19th Century Historic Donegal Patchwork Quilt, featuring a tumbling block pattern, quilted in a wave pattern with linen thread, to the reverse is a hand woven blanket, which has been hand dyed with berries from the hedgerows, 155cm by 175cm

This is typical of a quilt made in the early to mid 1800s, possibly just before the Irish Potato Famine in 1845. A quilt was well used in its life giving warmth and protection from the Atlantic coast climate. The owners would have originally come from Scotland in the 1700s to settle in Donegal to farm, where they lived an in dependant life being self-sufficient. They grew their own flax to make their own linen, did their own spinning and weaving, as seen in the quilt, producing linen, wool, linsey woolsey and Donegal tweed. This quilt is a historical document depicting the life and crafts in the cottage industry of early 19th century Donegal.