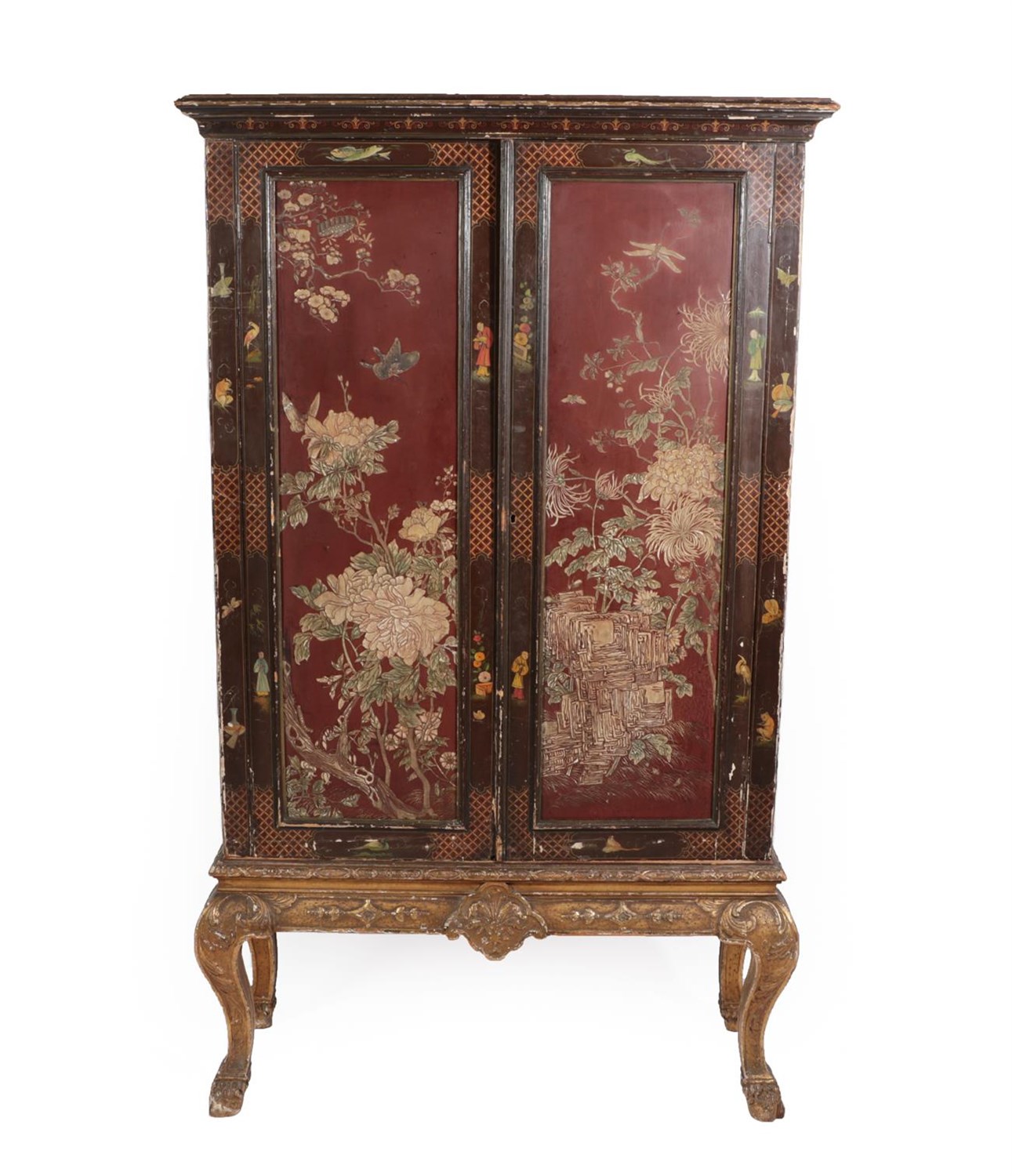 . Base section: Scratches and losses to the gilding throughout, structure is sound, significant wear to outer extremities of the feet, legs, etc. Upper cabinet: Door is warped on the right side, without key, painted and inlaid door panels showing signs of fading and minor losses and scratches. Side panels showing signs of crazing to the lacquer, splits and areas of loss to the right hand upper side, front edges are worn and suffered paint loss. Cornice and protruding areas of moulding scratched and wear throughout. Condition consistent with age.