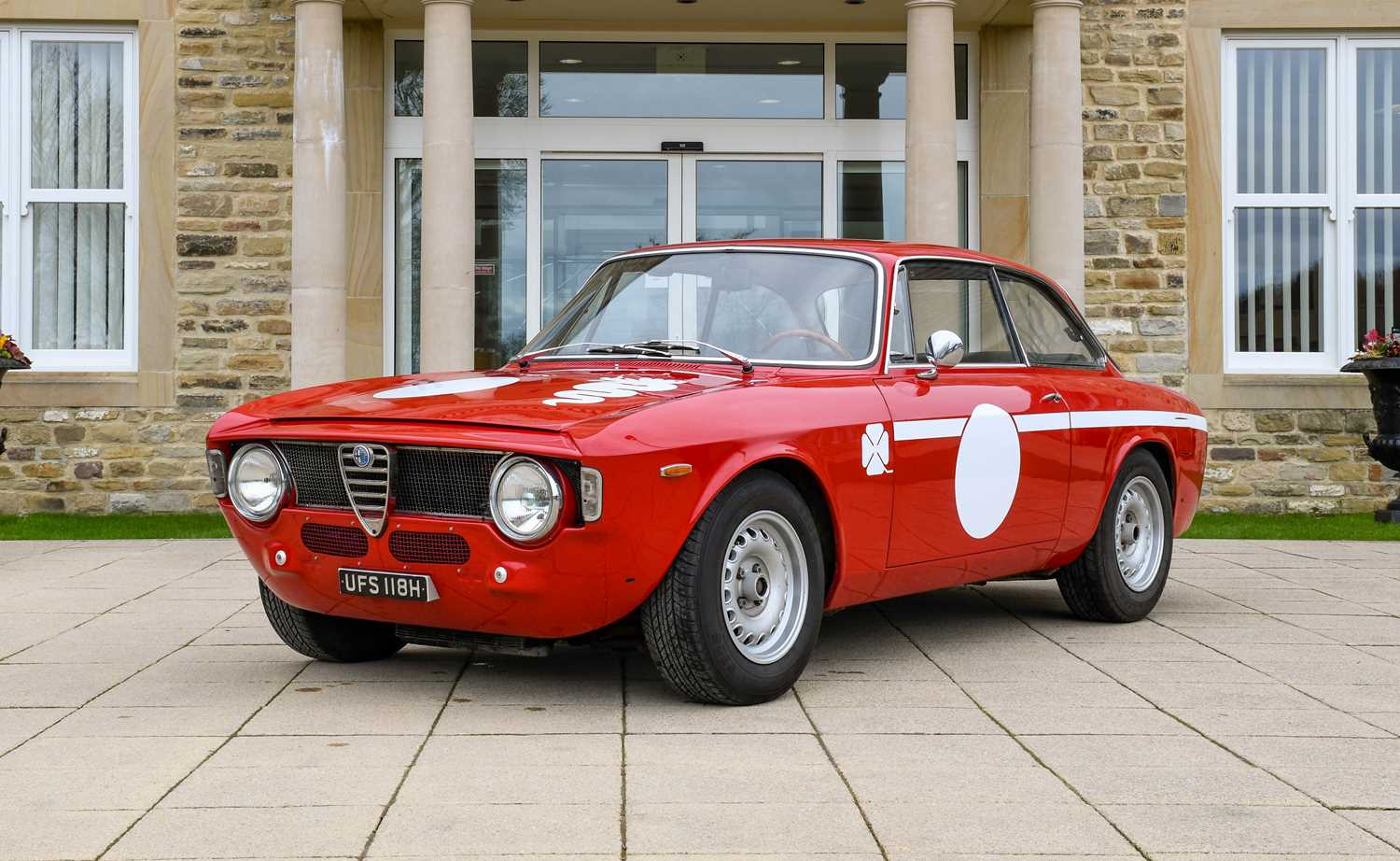 The GT Allegerita was Alfa Romeo’s reworking of its glorious Giulia coupé into a lightweight race car, using a combination of exotic materials and highly-developed engine modifications. The most significant changes involved the use of Peraluman 25 (a mix of aluminium and magnesium) body panels on a lightened steel base unit and a new cylinder head design incorporating dual ignition circuits. The gearbox incorporated a close-ratio gearset undercut and drilled for lightness, and a host of magnesium and aluminium parts replaced the heavier steel or alloy components of the standard Giulia coupé. The attention to detail was considerable: even the window winding mechanism was reworked in aluminium. The net result was a car weighing some 25% less than its standard sibling, with a powerful drivetrain making it a formidable – and beautiful – machine.

The GTA achieved legendary status. It won the European Touring Car Championship in 1967, 1968 and 1969 in 1600cc form, and in 1971 and 1972 in 1300cc form, with countless other victories in national races and championships all over Europe, USA and Australia. Such was its success that fifty years later Alfa Romeo is still using the GTA appellation to signify its ultimate performance variants of its current model range.

One aspect of its history remains obscure, however: how many were made? Ostensibly 1000 were produced to meet homologation requirements, but the chassis records are kept a closely-guarded secret by the firm. It seems that many chassis numbers were skipped, a pretty much universal practice among manufacturers until the FIA clamped down in the 1980s. Best estimate? Perhaps 500 were made in total. Subtract those lost to time and racing accidents, and what you have left is a very rare car.

Chassis *105.59*775811* has its original 1300cc engine; a development of the 1600cc twin-ignition motor with a very short-throw crank to enable competition in another race class. The result is well over-square (78 x 67.5mm), and revs extremely freely. With the higher rpm limit compensating for the reduced capacity, the performance output was practically the same as the 1600; in fact, in later fuel-injected form the 1290cc motor produced 164bhp., the same as a full-race 1600 on carburettors. This car retains its Weber 45 DCOE 18s and Autodelta airbox, along with C&B 10.6mm lift camshafts and big-valves, a full stainless steel exhaust manifold and system, magnesium bellhousing, the light-weight GTA close ratio gearset and limited slip differential. Unfortunately the Campagnolo race wheels were beginning to fail, so have been replaced with a modern set of Technomagnesio replicas. It’s a sparkling road car, and a short step away from a full-blown historic racer for anyone who wants to put it back on the track

The early history of the car is unclear. It seems it was initially raced in Italy - the base unit retains evidence of race preparation, having the dished inner wing to increase carburettor clearance and the mounting holes for a sliding-block rear suspension, features both shared with Autodelta’s championship contender, *775813* (the next car on the production line). However, it was later converted back to road use, and after being used as a getaway car, it ended up in the Police pound in Rome, where it was spotted by GTA specialist Richard Banks in 1987. Richard acquired the car on behalf of the present owner, who has since restored and maintained it regardless of cost.